From climate change to drinking water, environmental concerns were on tap in all branches of government last week. This week in CIB. 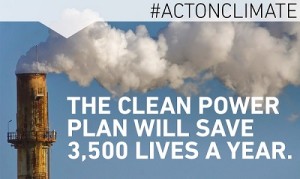 In the heated fight over implementing the Clean Power Plan to help control emissions of greenhouse gases that fuel dangerous climate change, local governments across the United States are weighing in on the side of action. Last week, organizations representing thousands of municipal governments across the nation, along with more than 50 individual city and county governments from 28 states, signed on to legal papers explaining why the U.S. Environmental Protection Agency’s Clean Power plan is “critical to the safety and economic security of local communities across the United States.”

The legal document, called an “amicus brief” (a legal filing supporting a position in an ongoing court case), was written for the local government groups by the Sabin Center for Climate Change Law at Columbia Law School. Local leaders called the Clean Power Plan “an essential part of our nation’s ability to respond to climate change.”

The co-signing individual local governments included Chapel Hill, NC. Multiple other North Carolina cities and towns are represented by the National League of Municipalities, one of the co-signing organizations. This broad support from local governments nationwide should help to offset the opposition from some state governments which side with the challengers to the plan.

In committee work preparing for the 2016 “short session” of the NC General Assembly, there was a positive development last week relating to green transportation issues. An interim House committee supported action to remove the cap on state support for light rail projects.

That cap, which had been slipped into the 2015 budget bill without debate in the last hours of the session, would limit the state’s contribution to any new light rail project to $500,000. That compares to the usual state share of 25% of the cost of projects which typically cost hundreds of millions (or even billions) of dollars. For perspective, a local sidewalk construction project will often cost well over $500,000.

Analysts say that if the controversial cap is not lifted, it will result in the cancellation of new light rail projects in North Carolina, including the Durham-Chapel Hill light rail project. The local share of funding for that project has already been approved by voters in Durham and Orange counties, and it passed a major federal hurdle for funding approval earlier this year. 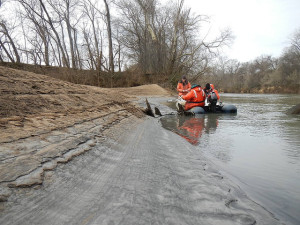 The letter begins, “Over the past few weeks, you and your administration have taken troubling steps that place at risk the health of those who live near and downstream of Duke Energy’s coal ash pits.”

The letter calls on McCrory to take several specific steps, including the following:

As previously reported in CIB, emails obtained by an investigating reporter with the Winston-Salem Journal and “interviews with environmental experts and sources close to state health staff,” the state agency letters lifting the do-not-drink warnings resulted from DEQ and DHHS administrators overriding the advice of their own staff experts.

According to that investigation, the DEQ/DHHS letters lifting the warning resulted from the state agency heads’ reversal of their own staff experts’ interpretation of “safe” contamination levels.

Originally, state experts on toxics and health recommended that the alert level for contamination by hexavalent chromium in the water be set at .07 parts per billion. That was based on an increase in cancer risk of one case in a million people exposed to that level of contamination over a lifetime. That standard was the basis of the warning level used for the original do-not-drink letters that went out to over 200 of the well owners last year. Many of the wells tested had contamination at much higher levels than that.

In letters reversing the do-not-use warnings, DEQ officials told the public that federal drinking water standards allow chromium contamination in bottled water at up to 100 parts per billion. However, the federal standard refers to total chromium, not hexavalent chromium, a very different matter. State health experts reveal that consistently drinking water with 100 parts per billion of hexavalent chromium would on average result in an additional cancer case in one out of every 700 people so exposed over their lifetime.

That’s a big jump in “safe” risk levels. Excuse us if we take public safety from toxic drinking water a little more seriously than that. We think that our governor should too.

That’s our report for this week.